When I knew I would be meeting child soldiers in Congo, I had no frame of reference as to what I would be meeting. I had seen some snapshots sent to me before my trip, I had read the statistics, the articles, seen photos, but all of that did not prepare me for my first meeting. It was a cloudy hot day in Goma, on the northern shores of lake Kivu in Congo, when I was escorted to the gates of what looked like a small prison with barbed wire, metal gates and armed security. But as I would later find out, the prison was not intended to hold the children in, but to keep the men who abducted them and want to find them again, out. It was a safe house for these demobilized child soldiers and a place where they were temporarily housed, medically attended to, given lessons, recreational activities and access to arts that are all meant to help them transition back to life after live in the military. I took this photo in the first few minutes that I was there, because I arrived at the time when the children were in the middle of recreational activities and the place was charged with so much energy, from football, tribal dance, weaving, singing, music playing, painting… and it went on and on for the few hours that I was there.

By the year 2009 when I visited Congo, about 30,000 child soldiers were demobilized by the United Nations and other national and  international organizations. The children were treated against shock, diseases and trauma before attempts to integrate them in their own villages and families or foster families in Congo.  Thousands of children still remain in the armed forces today. 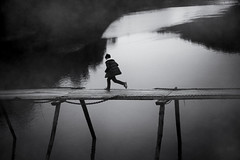 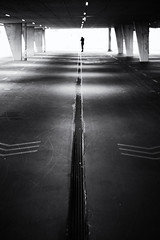 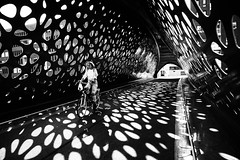 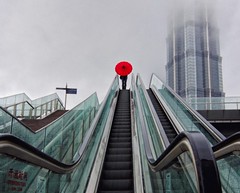