I remember as a child getting very excited about the occasional long walks we took to our favorite monastery pocketed in the heart of the Lebanese mountain overlooking the valley of the saints. We walked for hours and felt the importance of our pilgrimage with every dusty step. It says so much about pilgrimages and the necessity of removing oneself from a current situation to meet new requirements for personal development. Walking up the mountain dictated a baggage free walk and a sense of lightness and freedom that only comes from surrender to a higher cause.

I look back with so much endearment to those days, the time of innocence and magic.

Image taken of a young monk Myanmar during my trip there last year.

Where is our religion?

Or is it inside each one of us waiting to be touched?

wonderings of a searching mind… 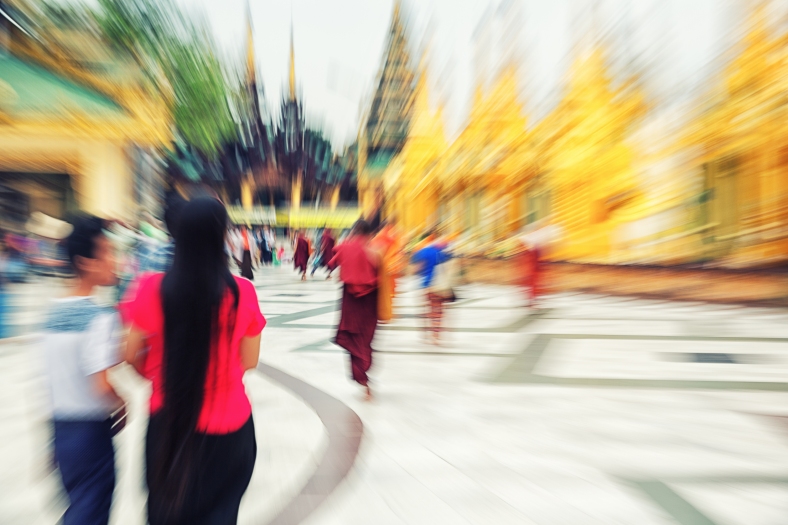 Memories that persistently remain in your mind, colors that never fade, sentiments that become a part of you, only adding to your life with every passing hour, and an urge to return again and again… 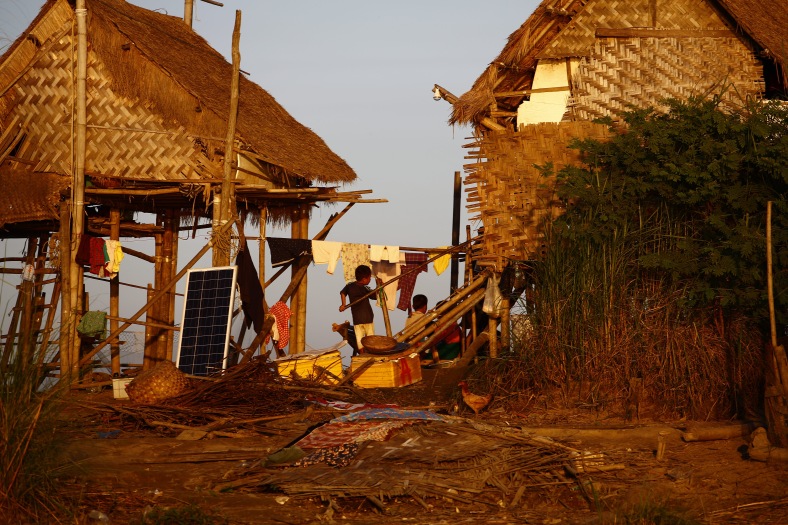 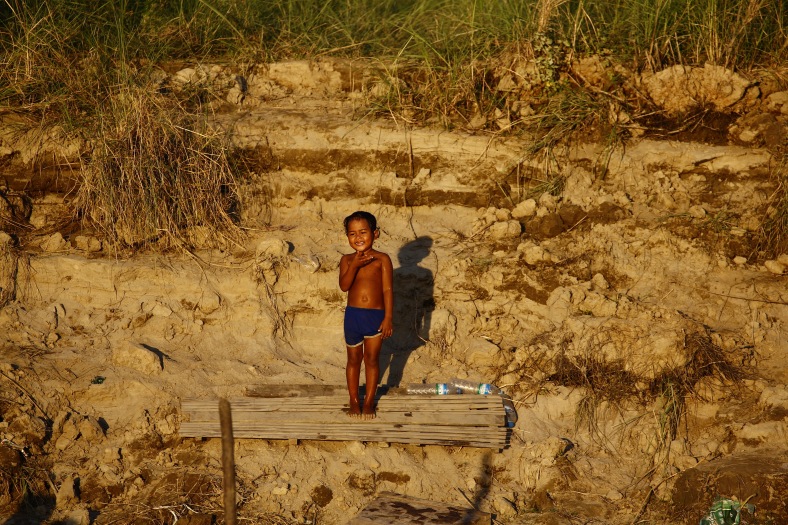 Innocent, untouched, warm, human, uncorrupted, devout, kind, charming…. the people I am meeting in Myanmar. I find myself smiling constantly and feeling grateful to be experiencing a culture so rich, and I pray for the hands of our modern world to go easy in their inevitable plans of tourist invasions and homogenization. 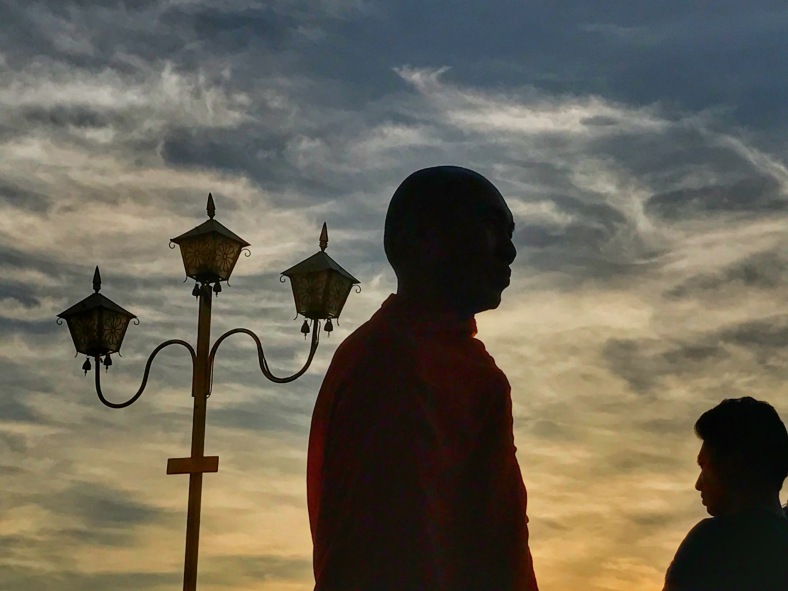 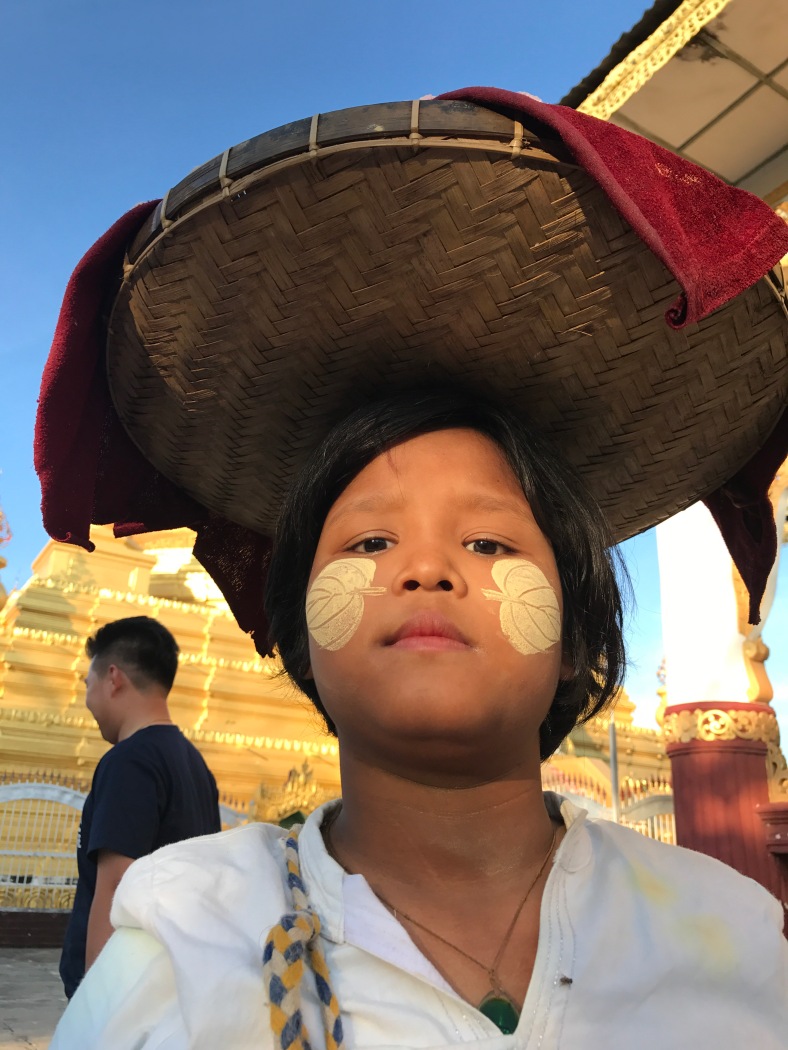 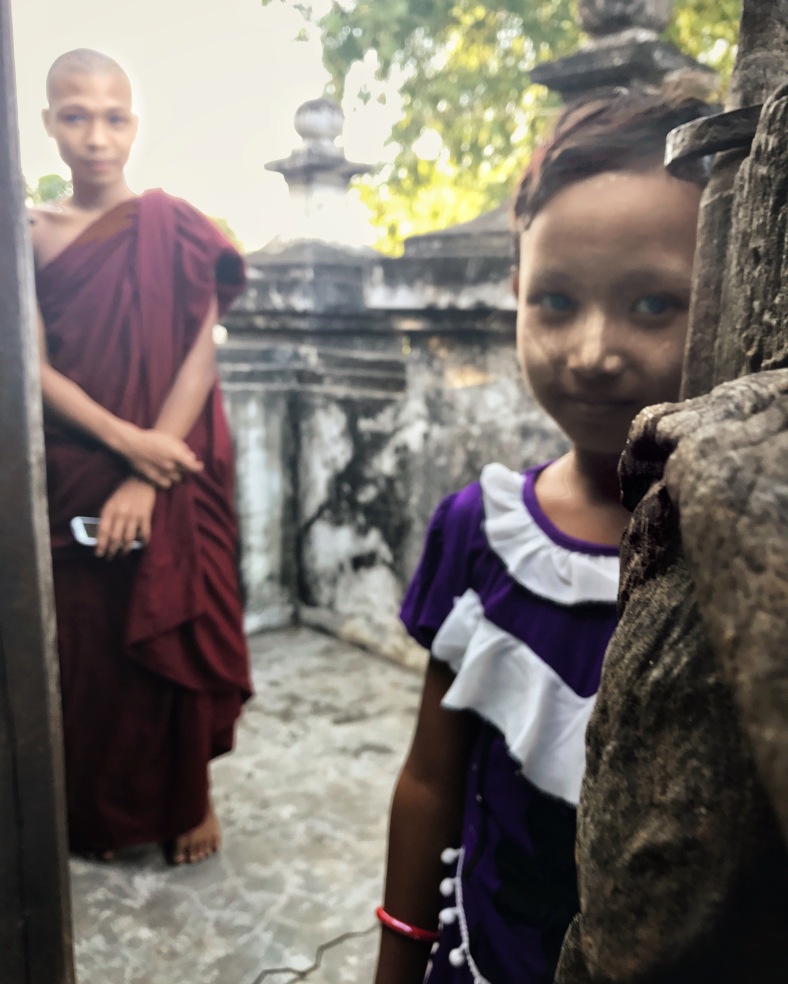 I have been in Mandalay less than a day and have already been enchanted. Almost everything reaches and yearns upwards to the skies here, the temples, the birds, the monks, the chanting, and the spirits of the people. After a magical sunrise journey this morning, I am blissfully eager to travel into my second day of wonder.

Huge smile always on the ready, willingness, brightness, intelligence are a few of the qualities that emanate from Chab Chamreoun, also know as “James Brown” around the Cambodian Children’s Painting Project.

He was studying for 8 years at a wat (Cambodian Temple) near Sihanoukville. There he studied and received a degree in social work. Despite coming from a very poor background, he has hopes to continue and do his masters. ” My dream was to become an engineer, he told me, but I ended up only becoming a teacher”. He obviously loves what he does despite not becoming an engineer.

He was hired by the CCPP  and is a figure of inspiration for the 160 children registered there.

I was so lucky to be able to visit some children’s homes today on the back of the motorcycle of Chamereoun. There we were on his motorbike with 10 year old Syvaren squeezed between us as we went to visit his family.

You are so lucky to meet one or two inspiring people in your life, but on this adventure “by art we live” I am meeting so many.

So many more stories to tell… 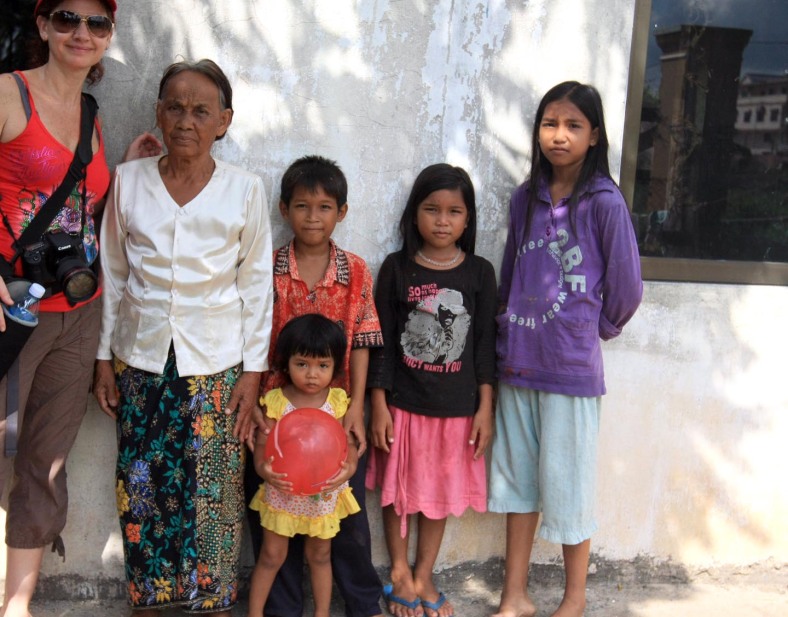 First photo is of Chamreoun, second photo is on the bike ride and the last photo is with Syvaren, his sisters and grandmother. 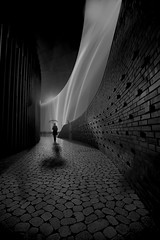 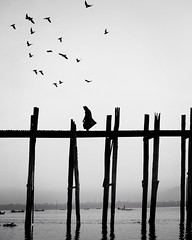 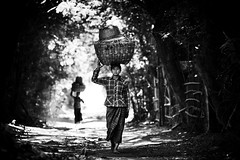 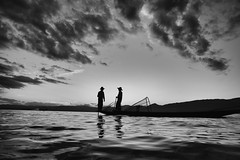 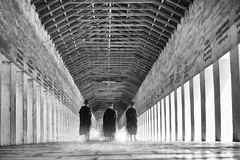