When you have your first child you become privy to the most well guarded secret: you have just signed on for the most important and permanent job of your life. It looks so easy. Everyone does it. Our parents did it. Our friends and neighbors seem to do it. And then your child arrives! I used to hold important job after job before having my child, each with a heavy series of responsibilities, but I dove into them armed with the knowing in the back of my mind that I can just quit when I choose to. Then came the parenting job, and I realized that this is one job I can never quit!

I would not exchange this job for any other in the world because it is the gift that keeps on giving.

Image taken of my 8 year old daughter overlooking the valley of the saints in Lebanon, 2012

valley of the saints

“Kadisha”, the name given to this valley and to the river that runs in its belly. Kadisha is ancient Aramaic for ‘holy’. This gorge has been used for burials and shelter as far back as the Paleolithic time. In its walls are thousands of caves that house monasteries, churches, thousands of meters high up in the cliffs and extremely difficult to reach. These served as a place of hiding for early Christian communities like the Jacobites, Melchites, Maronites, Armenians, Nestorians and Ethiopans who were escaping campaigns aiming to persecute and destroy them in the 13th Century by the Mameluks and other Sultans. Later it even became a place of meditation to the Sufis, historians, artists and clergy who settled in the valley. On its shoulders lies the village of Gibran Khalil Gibran.

One of my favorite churches as a child was a in the middle of a cliff facing our village in the valley and I remember the excitement every time a pilgrimage was planned to the church with family members and friends. The journey involved a very long walk down one side of the valley, pausing to have a meal at the cold fresh river to then hike up the other side on a tiny, steep, red soil track with the occasional olive tree, all the way up to the church, now a monastery. We all believed as children that the church was a place of miracles and we swore to seeing lights, visions and all sorts of magical things along the way.

The valley was and still is an enchanting memory that has a special place in the archives of my heart. I try to pass this to my daughter by taking her there whenever we can and telling her stories of what was, hoping that the spirit of the holy valley will choose to live with her too.

In a magestic valley that crosses the mountain ranges of Northern Lebanon runs a river all the way to the shores of the Mediterranean Sea. It is called among other names ‘the valley of the saints’, because nesting on its sides and in its caves are hundreds of tiny monasteries and churches, each with its own story to tell. I was on a hike in the valley when out of the lush trees near the river an old man appeared. He carried his bag of green beans and told me his little story. He walks every day for hours from his home in the mountain village to the depth of the valley to tend his little garden; he does not know his age, but he remembers that he was born around the time a wonderful political leader lived. He carried on and on about his first love, the woman who has haunted him all his life and was the reason he never married again. He was on his way to take the ‘loubieh’ (green beans) harvest to her. It is the least he could do he said, because it makes her happy. He has nothing else to offer her, and to his embarrassment not even a car, and that breaks his heart. But he still manages to give her his best, the fruit of his hard work, his wonderful home grown green beans!

the hands of time 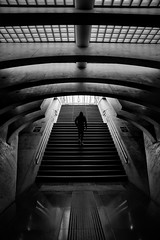 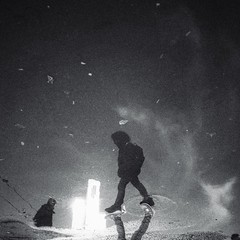 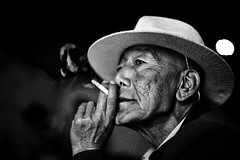 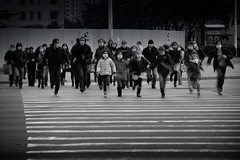 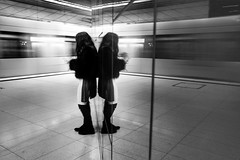